Code of conduct for responsible fisheries 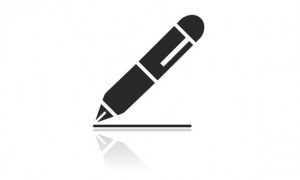 From ancient times, fishing has been a major source of food for humanity and a provider of employment and economic benefits to those engaged in this activity. The wealth of aquatic resources was assumed to be an unlimited gift of nature. However, with increased knowledge and the dynamic development of fisheries after the second world war, this myth has faded in face of the realization that aquatic resources, although renewable, are not infinite and need to be properly managed, if their contribution to the nutritional, economic and social well-being of the growing world’s population is to be sustained.

In recent years, world fisheries have become a market-driven, dynamically developing sector of the food industry and coastal States have striven to take advantage of their new opportunities by investing in modern fishing fleets and processing factories in response to growing international demand for fish and fishery products. By the late 1980s it became clear, however, that fisheries resources could no longer sustain such rapid and often uncontrolled exploitation and development, and that new approaches to fisheries management embracing conservation and environmental considerations were urgently needed. The situation was aggravated by the realization that unregulated fisheries on the high seas, in some cases involving straddling and highly migratory fish species, which occur within and outside EEZs, were becoming a matter of increasing concern.